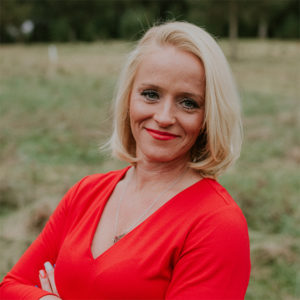 Ohio is currently the center of it all! While Silicon Valley has the Internet, we here in Ohio have the things, and as we shift into a world of robotics, IT hardware, autonomous vehicles and more, there has never been a better time to be investing in venture in the place that Forbes.com declared to be the No.1 place for startups – Ohio!

There has never been a better time for startups and venture investors to be getting involved in Midwest venture than today.

Come chat with attorney and venture capitalist Lindsay Karas Stencel about the overall status of venture capital in Ohio, the most exciting venture-backed deals in FY 2019 to date, and where Ohio in headed in 2020!

And hey, even if you don’t love venture capital, there will be lunch & snacks. And who doesn’t love free snacks?!

Lindsay Karas Stencel has been in venture capital for nearly 15 years. As a licensed attorney in multiple states, Lindsay began her venture career on the pure deal side working for a large law firm after she obtained her law degree and MBA from THE Ohio State University.

Lindsay shifted into a true venture role in 2008 when she joined NCT Ventures, an early stage venture capital firm based out of Columbus. There, she worked her way up the ranks from associate and in-house counsel, to become one of the managing partners and chief legal counsel, making her one of the first female venture capital partners in the State of Ohio, a position she is actively engaged in today.

Lindsay has worked at NCT to structure hundreds of transactions and proudly assists the firm in being the top-performing venture firm in the Midwest for its vintage years (2008 and 2013, respectively), according to PitchBook.

In 2016, Lindsay, who is born and raised in Buffalo, became engaged with Launch New York, Inc., a Buffalo-based 501(c)(3) venture development organization that works to provide mentorship and funding to seed stage businesses, industry agnostic, in the 27 westernmost counties of the State of New York. During Lindsay’s tenure with Launch NY, the firm has become the most active seed fund in the State of New York (and one of the most active in the nation), with over 60 transactions in less than two years. As a result, for 2018, Lindsay earned the “Early Stage Dealmaker of the Year” award from the Upstate Capital Association of New York.

Additionally, Lindsay is an Adjunct Professor at THE Ohio State University Moritz College of Law, teaching 2nd and 3rd year law students about venture capital and venture deal structuring. Lindsay also is an active speaker nationally, advocating for diversity and inclusion of women and minorities in finance, as well as instructing licensed attorneys and business people across the country on the establishment of venture firms and venture deal structuring.

In her limited spare time, Lindsay enjoys reading, travel, spending time with her slew of rescue dogs, and doing CrossFit at the gym she owns – CrossFit Westerville.

Event is free and includes a light lunch.

Thank you to our sponsor Mmelo Boutique Confections.

This event has passed so registration is closed.