Written by Tori Metzger@torimetzger4 years ago

In 2009 Heather Whaling quit her safe, steady job to launch a business that valued innovating best practices, doing well by doing good, and balancing work and life. She created Geben Communication. The rest is history. 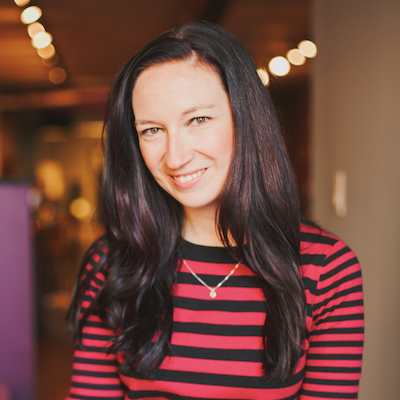 December 1st, 2009, was Heather’s first official day on the job at Geben, and on Christmas Eve, she received a signed contract from her first big client. Since then the company has grown to 26 employees with a second office in Chicago.

Originally from Westerville, Heather spent the first part of her career working for other people’s PR agencies. When social media marketing began to emerge, Heather took it upon herself to learn about it, how it connected to PR, and opportunities for her then-employer to sell social services to clients. She quickly realized the effect social media was about to have on businesses and PR.

Heather’s mastery of work/life balance, compassion for doing good, and ambition to improve women’s equality are next to none.

Within her own company, Heather has established the “design your day” mindset allowing flexible work hours, the Geben Loves Families Policy allowing 10 weeks of paid leave for new moms and dads, and the Geben House Rules defining company values.

“For me, Geben isn’t just a company,” Heather said. “It’s a platform for good. I don’t want to just be successful; I also want to be impactful, and Geben is a way to make that happen.”

Heather seeks opportunities to “give a voice to the voiceless,” like connecting women entrepreneurs to capital as a trustee for Kiva Columbus and using her communication skills to promote entrepreneurship in Haiti after the 2010 earthquake.

In her community, Heather is a board member of the Women’s Fund of Central Ohio and the Gladden Community House, as well as a trustee for Kiva Columbus. She also frequently mentors women entrepreneurs and PR students.

“I think there is a lot of societal pressure put on women to do things a certain way, to be a certain type of mom, friend, or employee,” Heather said. “Instead of feeling the need to conform to those societal expectations, I think women need to define their ‘all’ — what does having it all look like for you specifically? — and it’s different for each individual. Everybody, especially women, need to be okay with breaking outside the box that people think we’re supposed to be in.”

All questions Heather was frequently asked while pregnant with her son.

“For me it’s really important to show my son that you can be a good parent and have ambitious career goals,” Heather said. “You don’t have to choose. It’s not either/or. It’s and.”

Her advice for other entrepreneurs: “Do it! You’ll never know what happens if you don’t jump in and try. Start and learn and iterate along the way. Don’t let the fear of failure stop you from crossing the starting line. Find mentors to ask questions or resources that you can trust. Trust your instincts and be intentional with your time.”