What A Coincidence! The Power of Incidental Similarity

In my previous article, Conversational Compliance: A Big Case for Small Talk, I established, through the aid of a social science study, that small talk is powerful. Even the smallest of basic conversations sets in motion powerful forces that can convert complete strangers into allies.

Do you know what’s more powerful than small talk? Any conversation where you and your conversation partner uncover things you have in common. Don’t believe me? Let’s dig into some science.

In 2004, University of California – Santa Barbara professor Jerry Burger and his team asked 75 undergraduate women to participate in a study that (they thought) was about a claim that astrologers had made that a person’s personality is related to their date of birth. Unbeknownst to the participants, they had been randomly pre-assigned to either a “similarity” group or a “control” group.

The two women sat across from one another and the experiment was explained to them. Then each participant completed a survey that included the question “When is your birthday?”

After the “plant” responded to the birthday question, the experimenter would ask the participant the same question. Not surprisingly, the participants in the “similarity” group usually remarked about the coincidence of them having the same birthday.

As far as the actual participant knew, her role in the study was over. As the two women left the room together, the “plant” would remove from her backpack an eight-page paper, explaining that she needed someone she didn’t already know to review that paper and provide written feedback on whether her arguments were persuasive and why. To add to the burden, the “plant” added that she needed to have the written feedback by the same time the next day.

As you might have guessed (and as the researchers hypothesized), significantly more participants from the “similarity” group agreed to the request than from the “control” group — 62.2% v. 34.2%, respectively.

The lesson is that there is great value in finding commonalities with people you know and, perhaps more importantly, with those you are just meeting.

This then begs the question, “What can we do to uncover commonalities with others?” The reality is that there is no magic. Planning, however, is paramount. In other words, arm yourself with a handful of questions you can use to start a conversation, as well as to learn more about the other person. Then, start to utilize your questions whether you are meeting someone for the first time or for the umpteen time.

The questions can be related to them professionally, but you can also touch on their past or things about them personally. A few possible questions include:

From there, simply allow the conversation to take itself wherever. As they talk, carefully listen. Make mental checkmarks as to things you have in common. Once you have identified commonalities, casually work them into the conversation.

Commonality: They have kids, and I have kids. Casual Conversation: “It’s funny that you mention that about your son…my daughter did the same thing last year.”

Obviously, there are an infinite number of examples. The point is that identifying things we have in common and then casually revealing them to our networking partners is a powerful and relatively easy strategy for building relationships. 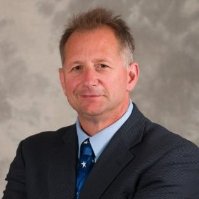